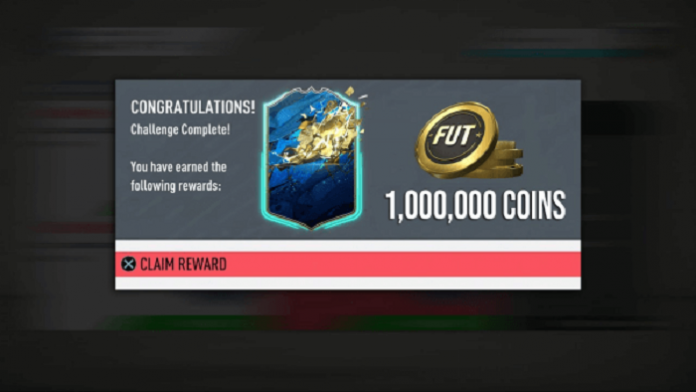 Nobody can resist the opportunity to get free FIFA coins, considering how long and hard you need to play to earn them. But like most things in life, something is rarely free, and almost always comes with some attachments or strings.

Here, we will explain what it takes to get free FIFA coins for real, are they truly free, and their alternatives.

First of all, free coins are given for all sorts of activities within the game, as well as for things such as logging on the FIFA FUT 20 app. However, don’t expect any considerable amount of coins as everyone doing that gets them.

That pretty much puts you in the same basket as millions of other players.

Then there are coin suppliers that start their giveaways from time to time. Typically, they ask the recipients to complete some small tasks such as posting their giveaway on social media, commenting on their posts, retweet, follow their pages (Facebook, Instagram, and Twitter), etc.

Again, that doesn’t adhere to the strict definition of “FREE”, but at the same time, it doesn’t include making some considerable effort.

Most trading websites where you can find coin giveaways have a devoted section for their FREE COINS program.

Be wary of the free coin generators

Nowadays, the internet seems to be packed with these so-called “free coin generators” that promise millions of coins. Almost by default, all of these are false claims and should be avoided by all costs.

In return, sometimes they might ask you to complete a small survey before granting you your free coins, other times they will ask you to install an application so that you can generate infinite amounts of coins. Then, some will ask you for access to your account.

In any scenario, you’ll get scammed.

How to avoid getting scammed?

The FIFA 20 FUT community is a massive one featuring millions of people worldwide. There are plenty of groups on Facebook, Reddit, online forums, and other social media.

The biggest groups are where scammers can’t sell their false promises. It is not that there aren’t any scammers, but they get banned the moment they try to make their claim as the admins.

Social media is also great for following the trends. You can also learn about pretty much anything related to coins and FIFA 20 FUT.

When free coins are not enough…

More than often, you will find that even with all the hard work and smart trading there are not enough coins in your wallet to make your team as competitive as you would like it to be.

You may be getting free coins from everywhere possible, making all the right plays, the best trades, and leave no stone unturned. Yet, almost unexplainable, some people and teams seem to own considerably more coins than you.

That’s not some black magic or because they have a better grasp of the game than you. That is because they have bought coins with real money. We all know EA’s stance on this matter, but at the same time, we all know that all ambitious players do it – they buy coins.

In many ways, that’s not fair. But when everyone plays like that, should you be naive and be left behind?

How to get the HP products for your laptop

Top ways to carry your phone with ease

It is easy to wash your car yourself