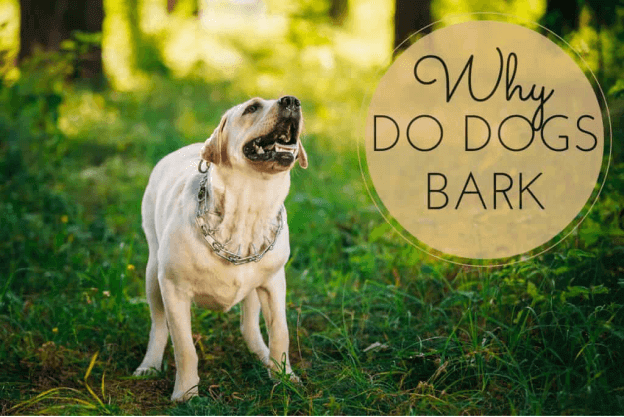 It has been said time and again that “a dog is a man’s best friend.” This saying is supported by the fact that dogs are the most loyal of all pets. In addition to loyalty, dogs are companions to their owners and those that are close to them. Having a dog in the house eliminates boredom as it gives you a partner to play with and take care of. This fact makes away the feeling of loneliness. Like other best friends and members of the family, there are some characteristics of dogs that owners do not find attractive. Such features include excessive barking. In this post, we seek to understand why dogs bark.

It is natural for dogs to bark all the time. This is because barking is a form of vocal communication for dogs. Therefore, when dogs bark, they are attempting to communicate various situations or experiences. They may, however, tend to bark more at night than during the day. Below are some reasons why dogs bark:

Dogs are very playful animals. You can refer to dogs as park animals. This means that when they are left unattended for long periods, they become restless because of the boredom. Therefore, such results in the dog barking as a way to communicate that they want some attention or that they are unhappy. Concerning attention-seeking, it is also true that dogs tend to bark when they want to draw their owner’s attention to something that they want. The item may be a game, treat, or even the fact that they want to play.

As mentioned earlier, barking is a form of dog communication. It is therefore right that dogs will bark when they want to greet someone. Whether it is another pet or a human being, dogs tend to acknowledge their presence through barking. While welcoming the other party, through barking, the dog may also be communicating the need to play. The barking is often accompanied by wagging of the tail and jumping up and down. These elements express joy.

There are those dogs that will bark whenever they hear strange noises. The barking, therefore, is a way of expressing fear. The dogs also bark when they witness an object that brings forth a fright. This is the case with watchdogs. Whenever they see or smell a foreign presence, they become alarmed, causing them to bark and sometimes attack the object or person.

Dogs that are often left alone in the house tend to bark a lot. This is a way for them to express their anxiety. In such a situation, the barking may be coupled with destructiveness, unpredictable, and inappropriate elimination and pacing. Some dogs also go through depression like human beings.

While barking is normal for dogs, sometimes it may become excessive hence irritating for dog owners. There are tips on how to control barking in your dog. However, it is crucial to understand what your dog is trying to communicate when they are barking.

The best shoes that are perfect for plus size maxi dresses

All the Knowledge you Need on Bamboo Pillows

Reasons why you chose your vehicle tracking device

Ultimate Guide On How To Be A Sweet Lolita